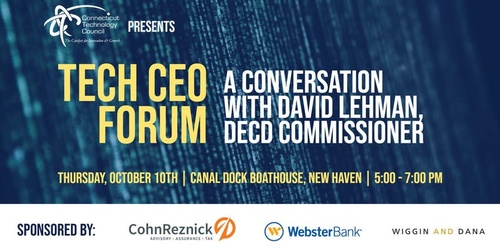 This event is limited to CEOs, Presidents, or COOs of Technology Companies.

CTC presents a conversation with David Lehman, the new commissioner of Connecticut’s Department of Economic and Community Development. Mr. Lehman, a former executive at Goldman Sachs, will detail the role tech companies play in the Lamont Administration’s economic strategy. Attendees will have the opportunity to ask questions.

Please note that registration is limited to CEOs, Presidents, or COOs of Technology Companies 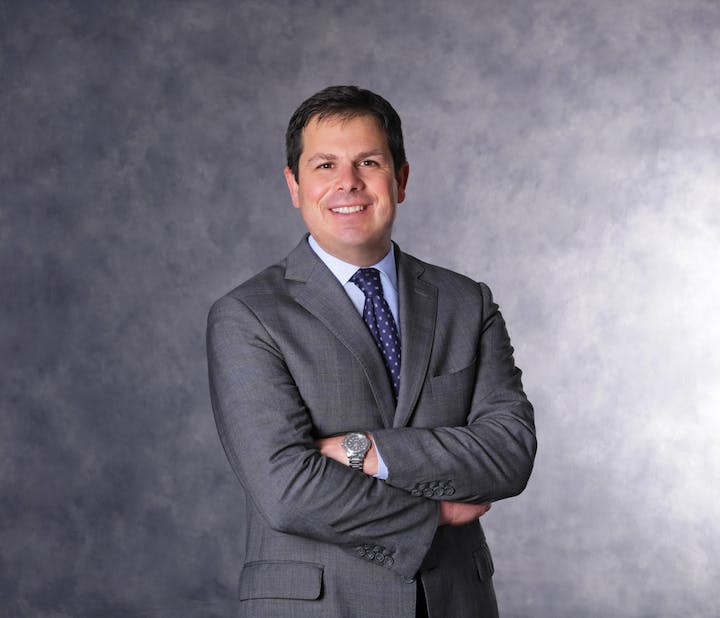 David Lehman is Commissioner of the Connecticut Department of Economic and Community Development (DECD), the state agency that oversees a wide range of programs promoting business retention and recruitment, brownfield redevelopment, the arts, historic preservation and tourism. Governor Ned Lamont nominated him for the position earlier this year.

Mr. Lehman will also serve as the Governor’s Senior Economic Advisor. He is already hard at work at creating an innovative public-private partnership between DECD and CERC known as the Partnership to Advance the Connecticut of Tomorrow (PACT), a new economic development delivery model for our state.

Mr. Lehman’s business development priorities include helping build our urban centers into engines of growth; further capitalizing on the state’s top-flight colleges and universities; strengthening the state’s workforce pipelines; and marketing Connecticut as a place that is open for business.

Prior to joining DECD, Mr. Lehman worked in the financial services industry. Most recently he was Global Head of Real Estate Finance for the Investment Banking Division of Goldman Sachs, where he worked for 15 years.